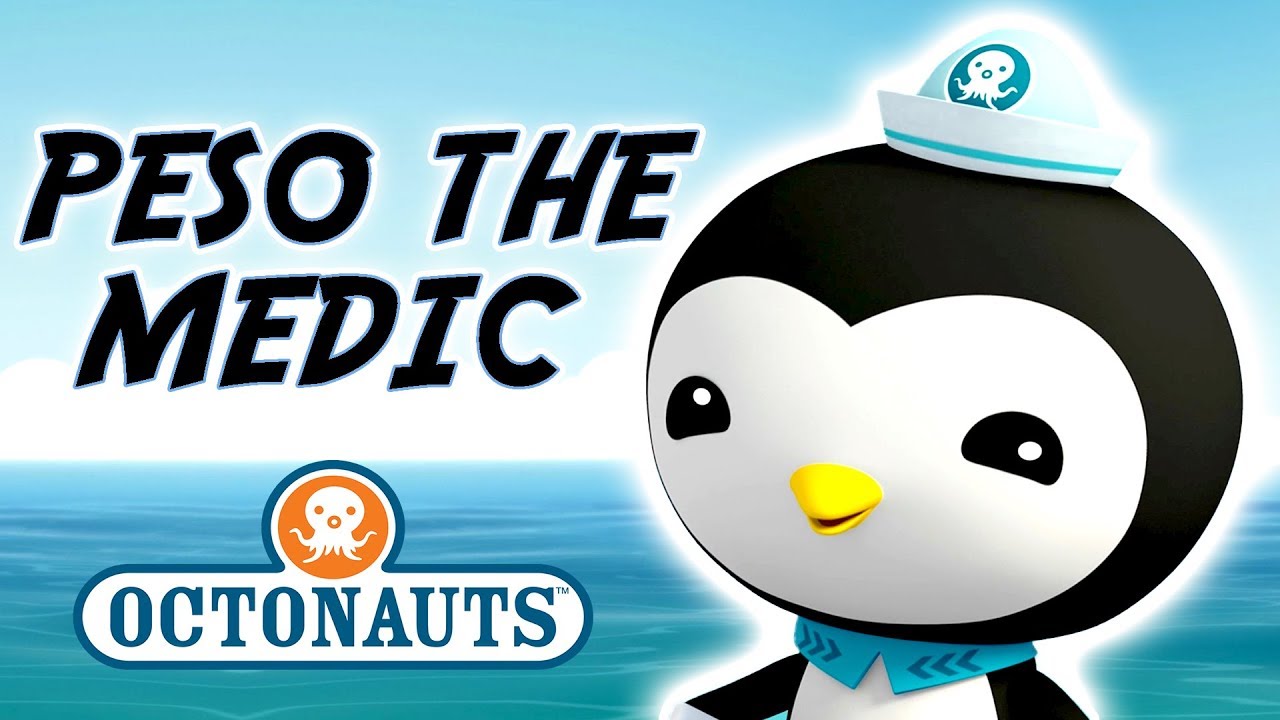 So, I’ve been watching a lot of Octonauts with my daughter lately. The adventures of a handful of mammals, doing research and rescue missions in the ocean, it’s really the perfect blend of educational (a different sea creature is featured in each episode) and fun (there’s a cat pirate and some madcap hybrid creatures that are a mix of different vegetables and fish). After a few episodes, Eve and I usually end up pretending to be octonauts. She’s a sick or injured sea creature and I’m a member of the crew, come to help her.

But here’s the thing. At least two of the crew members have marked speech. Professor Shellington, the junior faculty researcher otter, has a light Scottish burr. And Peso, the medic penguin, speaks with what might best be described a softened chicanx phonology, but it is (typical of the dialect) hard to pin down.  Carmen Fought does a better job in her book than I can do here in this blog post. Sometimes his prosody is more syllable timed than stress timed, but this varies. His vowels are more regularized than those of other varieties of English. It’s not a chinanx accent, because it has some features like final cluster deletion or the modification of the ch- sound. Honestly, it just might be a mock latinx accent, performed by a ho-hum British voice actor. But It’s about how we’re supposed to read him that concerns me, which seems to be through a subtle little bit of cartoon-level enregisterment.

So here I am, playing with my daughter, pretending to be her favorite character Peso – a healer, a seeker of knowledge, a brave friend (when he has to be), a caring family member, and perhaps the ship captain’s #1 choice for a second-in-command. And to do it, I have to do his voice, which – honestly – I do pretty well.

So what am I teaching my daughter about language and race? I would think that, for her, Peso isn’t racialized. He’s a penguin. But most of her teachers are latinx, many with pronunciation patterns that she might recognize as sometimes not-to-different from Peso’s. Does her white father’s use of a caricatured speech pattern do parodic work, like a character from The Office mimicking AAVE or (closer to home) my dad doing a bad Cheech & Chong routine during conversations about legalizing medical marijuana?

I think not. But I felt on guard when we’re playing, like I need to be true to Peso and not misrepresent him. The cartoon penguin. I hoped she would grow out of Octonauts before I figured out how I felt about talking like Peso.

But then it happened. She found a youtube Octonauts video (normally, she watches it on Netflix). The animation was a bit different. And Peso had a muted British accent. Like something from a blasé PBS show. She was pissed. Why would they make Peso change the way he talks, Dad?

I couldn’t get what she meant exactly from her. She’s four, so there’s some slippage between her sense of “real” people and characters in books or on TV. But her phrasing is really intentional – she’s a nuanced person – and the way she phrased this hit me. Did she think that the show had made Peso talk differently? Like, someone had come to the character behind the scenes and asked him to stop speaking in ways that reminded people of a latinx speaker? What would this mean about her insistence that I “do the voice” for Peso and Shellington, but I could generally get away with using my own voice if I was playing another character who didn’t use marked speech features?

Mock accents are an easy form of popularized racism. Misuse of habitual be while aping varieties of African American speech bugs the shit out of me. When Trevor Noah does impressions (really well), I’m always a little conscious that mockery is at work in there, pointing equally at pretty much everyone, but drawing on tropes and language ideologies all the way.

So there isn’t an easy answer for me to come to, I know. But I suppose the best I can do is to be mindful of the discomfort I feel around language mockery in all its forms. I can be Peso, and I can do the voice, maybe because it means that my daughter will be reminded that heroic figures talk like that too, something that pop culture doesn’t do so much.  I can keep taking my kids to pro-immigrant rallies and organizing events for sanctuary city policies in our town, places where she’ll interact with people who have less bastardized versions of latinx speech patterns. It’s a start.