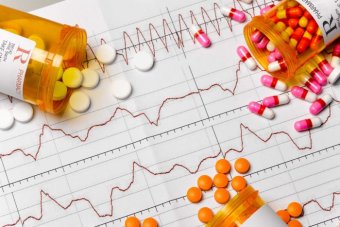 In the 6 minutes or so I was in the car this morning, listening to NPR, I caught the tail end of an advertisement for MMR vaccines and a full ad for 3D mammography. Both were only thinly disguised as news pieces. So I’m thinking about NPR and their relationship to the broader medical-industrial machine. For all the claims about being independent media, NPR is 29% funded by corporate sponsorships. It’s a little hard to nail down exactly who these sponsors are because of the way NPR reports funding, but I know that, for instance, they’re supported by the pharmaceutical and medical-technology giant Merck because they announce it between stories once in a while. They’re also funded by the Gates Foundation, which is tied up in medical technology development too.

So, maybe I shouldn’t be surprised that medical pieces sound like commercials. But this piece extolling the benefits of 3D mammography seemed worth stopping to look at a bit more closely. It’s a rhetorical storm of positive valuation, working in at least 3 main ways. The first is the enumeration of general benefits (underlined in the sample below). The second is the statement of sentiment-based accolades from the patient’s case (in blue). The third is the specific reiteration that this process facilitates – and maybe even creates – an easy experience (in red).

When Mary Hu, an administrator in communications with Yale School of Medicine, went to get a mammogram two years ago, she didn’t even know she was getting 3D mammography, also called digital breast tomosynthesis. But she’s glad that’s what she got.

“I am really a walking advertisement for early detection through this advanced technology,” she says. Thanks to 3D mammography her doctors found a small, but malignant tumor in her breast. They discovered it at a very early stage.

“My treatment was really as easy as it was because we caught it so, so early,” says Hu, who had a lumpectomy to remove the tumor. And because it was detected so early, she didn’t need chemotherapy. Her radiation was done in just three weeks and four days.

“If you have to get breast cancer you should do it the way I did; it was small and it was early stage,” says Hu. Today, at 58, Hu remains cancer free.

These positive value statements accumulate together to convey a sense that, because of 3D mammography, which is consistently framed as “easy,” cancer itself was also “easy.” Throughout, the patient is happy, glad, thankful, and willing to advertise. This kind of mammography is presented as a process that isn’t just more thorough or accurate, it is explicitly sold as a truly bizarre commodity: a more preferable experience with cancer.

I wonder, though, if this piece has some similarities to genres of actual advertisements, specifically the more long-form narrative kind. It would be interesting to draw out this kind of analysis I’m doing, but across the whole piece. Other examples would include the praise that it’s easy to get this kind of mammogram because insurance covers it (though it also covers 2D), and the dance around the question of physical discomfort, which the article even manages to put a positive tone on: patients “hardly notice the difference between 2D and 3D” (which, of course, is a little funny considering how much the story leans on patients noticing the difference in other ways).

I wonder if a TV sales pitch would reveal similar choices. Lining up medical ads disguised as news pieces with explicit advertisements could really highlight the ways that even ostensibly non-corporate news does that work for (almost) free. Someday . . .

View all posts by theryanmccarty